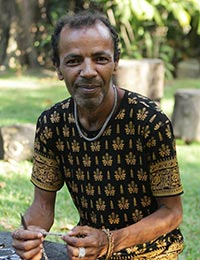 "I traveled a lot throughout Brazil to make my work known. A lot of times, I was misunderstood and even humiliated, but I persisted in what I believed."

Born in 1965 in Minas Gerais, Ailton Oliver has had a special interest for art ever since he was a child. He learned to read at the age of five. Books revealed a fascinating world of dreams, where he promised to make his home one day.

"I have nine brothers and sisters," the artisan says. "We lost our parents when I was only 12, and I moved to São Paulo with eight of them. That forced me to grow up fast.

"I was still a teen when I began crafting my first designs. I worked in wood, and tried to portray the facades of São Paulo's outstanding churches. I discovered leather, glass and coconut tree fibers. Then, when I was 18, I took a job in metal works.

"In 1989, I quit so I could devote my time to the arts. Gemstones have always fascinated me, and I integrate them into my designs in a harmonious way that shows them off.

"I initially sold my jewelry in the streets, parks and plazas of São Paulo. As I had no academic formation, I did whatever I could to survive. I learned to create medieval-style chain mesh, metal twists and spirals, and gemstone settings, and I taught all these skills to others, once I had mastered them.

"Finally, I realized that the designer is his vision of the world. I traveled a lot throughout Brazil to make my work known. A lot of times, I was misunderstood and even humiliated, but I persisted in what I believed.

"Since 2005, I've lived in Rio, where I work at craft fairs and in social projects and workshops."
11 items 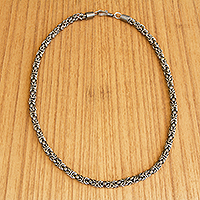 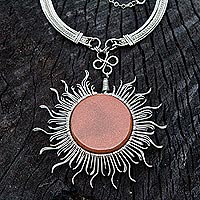 Rays of the Sun 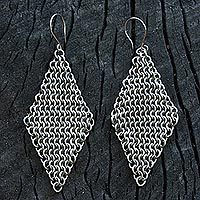 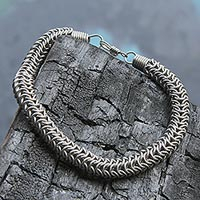 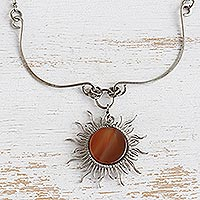 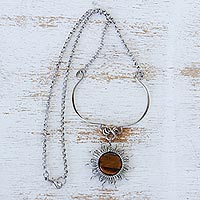 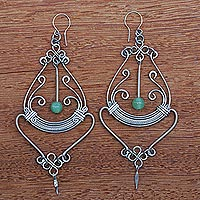 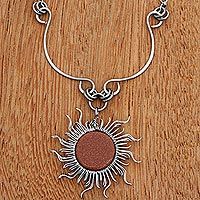 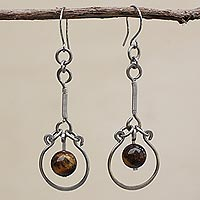 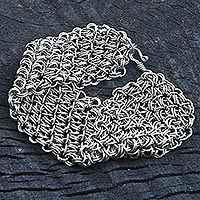 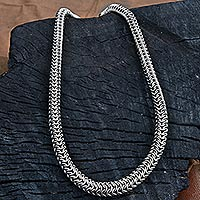